The DXB Final Conference will be held on June 23–24, 2022 at the premises of A.N.U.S.C.A.’s Academy in Castel San Pietro Terme, Bologna (Italy). This final event will offer a unique opportunity to take stock of the situation on the effective implementation of the Regulation 2016/1191, blending academic and practical dimensions. The event will also launch the Commentary and the EU-wide Comparative Survey placing the Regulation into the context of daily national practice. 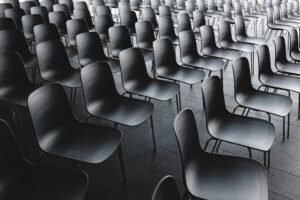 The Conference will be a truly international event, gathering scholars, registrars, public administrators, political scientists, judges, PhD students and practitioners from all over Europe. Translation services are offered in English, Italian, German. Therefore, to ensure the widest participation and quality of speakers and discussants as well as the variety of topics and issues, we are pleased to announce a Call for Papers & Panels.

The conference will focus on the Regulation (EU) 2016/1191, on promoting the free movement of citizens by simplifying the requirements for presenting certain public documents in the European Union that aims to facilitate the circulation of public documents to favour free movement. It represents a great opportunity to make Europe more united and its citizens more integrated. The issues related to the mutual recognition of public documents and their circulation among the Member States are becoming today one of the most important challenges of a globalized society. Keeping in mind the strict connection between the scientific and practical dimension of the Regulation, participants are invited to examine how the Regulation is currently implemented in the context of national civil status systems and fundamental rights. They should reflect on –, and further explore, – the potential positive impact on the freedom of movement of European citizens and on the enjoyment of their fundamental rights as well as focus on critical aspects and deficiencies of the current legal framework.

To ensure the widest participation and highest quality of speakers and discussants as well as the variety of topics and issues, we have launched a Call for Papers & Panels. We encourage applicants to submit proposals for papers and for panels on a topic strongly related to Regulation (EU) 2016/1191 promoting the circulation of public documents in the EU. 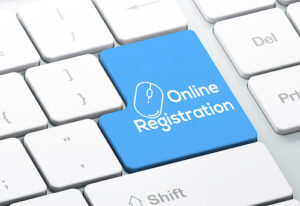 Registration for the Conference opens on the DXB website on 15 January and closes on 20 May 2022.

The event will be held in person, in compliance with the current health safety regulations, and will also be broadcast online via live streaming with free access. Onsite participants will need a Covid-19 digital certificate (Green Pass), or equivalent certificate recognized under Italian law, if still so required by the Authorities at the time of the conference.

N.B. All speakers and moderators, including those invited under the call, are required to attend the event in person.

Registration fee: it includes conference materials, shuttle service (see website for details), tea/coffee and lunch refreshments as well as the certificate of attendance.

Castel San Pietro Terme, a city with a strong tourist-spa appeal, is located at the foot of the green hills of Bologna on the border between Emilia and Romagna. 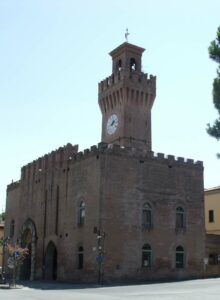 By car
Take the Highway no. A14. At the “CASTEL SAN PIETRO TERME” exit, turn left (SP San Carlo). Go ahead until the intersection with the Via Emilia. At the traffic lights go straight on, enter Viale Roma and at the crossroads turn right into Via Marconi. At the first roundabout take the second exit, at the second roundabout take the first exit. You enter Viale delle Terme, continue until 1058.

By plane
The closest airport is “Guglielmo Marconi” Airport – Bologna (Italy) (www.bologna-airport.it).
A regular shuttle (Operative from 5.40 a.m. until 12 p.m., 365 days a year) connects the airport to the “Bologna Centrale” Train Station. The shuttle can be reached from the First Floor in the Terminal Building:

Timetables and ticketing information
The tickets are available for purchase:

From the “Bologna Centrale” Train Station it is possible to reach A.N.U.S.C.A.’s Academy by train, by taxi, by bus.

By train
You can find the timetables of the line from “Bologna Centrale” to “Rimini” on the website www.trenitalia.com.
At the “Castel San Pietro Terme Station” it is possible to use the shuttle (lines no. 112 and no.113), getting off at the “TERME Stop”. Shuttle timetables are available on the website www.tper.it.
For more information see also: https://www.bolognawelcome.com/en/other/other/bologna-central-station.

A shuttle service from Bologna airport and/or central train station will be made available on request.